Ethereum is a cryptocurrency network developed by Russian-Canadian programmer Vitalik Buterin and launched in 2015. Like Bitcoin, it runs on blockchain technology but has several advanced features that provide added functionality beyond simply peer-to-peer digital cash. Buterin has stated in the past that while Bitcoin does perform this function well, the comparison to Ethereum would be akin to comparing a calculator to a smartphone.

The key elements that distinguish Ethereum from Bitcoin are its ability to support smart contracts and allow developers to build decentralized applications on the network. These additions have led many to call Ethereum “programmable money” and have ushered in a new age of technology in finance.

In this article, we’ll discuss these features along with a brief explanation of how Ethereum functions, its history, market analysis, and future potential.

Blockchain is a type of distributed ledger technology (DLT) that uses advanced encryption techniques to store data in a secure, transparent, and immutable structure. While it has many other use cases, the most popular is serving as the foundation upon which the majority of cryptocurrencies are built.

Cryptocurrencies like Bitcoin typically use a consensus method called Proof of Work (PoW) that supports the blockchain and creates currency via the process of ‘mining’. Miners are individual participants that provide computing power to the network by running and validating blockchain transactions on their computers. This has the combined benefits of securing the network while also periodically producing the native currency of the blockchain, which in the case of Ethereum called is Ether (ETH).

While Ethereum originally started out using Proof of Work to create Ether, it has since evolved to a different consensus method called Proof of Stake (PoS) that uses existing ETH tokens to continue supporting the network.

Ethereum runs on a software platform called the Ethereum Virtual Machine (EVM) upon which developers can create decentralized applications (dApps). These little programs are relatively simple to create and anybody is welcome to take part in building them using a simple programming language called Solidity.

The EVM uses a separate token called ‘gas’ which users must pay for with ETH tokens in order to run transactions on dApps. This process creates a kind of decentralized economy within the EVM which helps to both finance and secure the network. Since transactions require a certain amount of gas to run, this cost help to keep operations to a manageable and non-threatening size.

Ether is the live-blood that powers all Ethereum applications and functions and gives the platform monetary value. Developers that wish to build on the Ethereum network need to purchase ETH in order to develop and support their dApps. External users also need to purchase ETH if they wish to interact with dApps built on Ethereum.

ETH tokens grow in value over time as the network expands, so they are also a valuable investment option. Retail investors can buy ETH tokens on several popular cryptocurrency exchanges and store them safely on digital wallets. Some apps even allow effortless micro-investing in Ether by rounding off your purchases to the nearest dollar and automatically investing the remaining cents. (Bamboo link here?)

In 2017, Ethereum exploded in popularity when users discovered they could easily build their own cryptocurrency tokens on the platform using its ERC-20 protocol. This led to a surge in Initial Coin Offerings (ICO): fundraising projects that allowed users to invest in cryptocurrencies before they launched, similar to how an Initial Public Offering (IPO) works in traditional stock markets.

Although many of these projects failed to find widespread support, some became very successful and eventually migrated to independent blockchains of their own. In this way, Ethereum has been a key player in the growth and evolution of the cryptocurrency sector.

With the launch of Ethereum, smart contracts quickly became a hot topic in the crypto community. Smart contracts on the Ethereum blockchain can be written up, saved to the network and programmed to activate when certain conditions are met. Unlike legal contracts in real-life, smart contracts don’t require expensive third-party intermediation from lawyers.

The immutable and transparent nature of blockchain ensures that all parties involved in the contract can’t change or corrupt the process once initiated. While some of the most powerful functions of smart contracts are yet to be realized, Ethereum developers have already begun using them to great success in a multitude of applications.

Decentralized Applications (dApps) make up the core functionality of Ethereum and give the network its strongest advantage over less advanced cryptocurrencies. Since Ethereum is a ‘stateful’ platform, dApps can store memory in various ways and smart contracts can be reactivated and continue a process from a previous position. This makes it possible to build applications that store user progress and account info on the blockchain, like games.

In 2017, a digital collectibles game called CryptoKitties became the first wildly popular dApp, so much so that it almost crashed the network. This signaled the need for further innovation and sparked the development of ETH 2.0, which recently launched in early 2021.

From early 2020, decentralized finance (DeFi) apps become all the rage on Ethereum, offering ways for users to safely lend and borrow cryptocurrency without the need for a bank or broker. The concept of DeFi is still relatively new and there are still some teething issues to overcome but early projects have proved highly successful. One of the most popular, Uniswap (UNI), has enjoyed spectacular gains this year, growing ten times in value since December.

DeFi essentially allows any cryptocurrency holder to become their own bank without the need for traditional licensing. However, the lack of oversight and regulation makes it a bit of a ‘digital wild west’ in finance. One popular activity it has given rise to is ‘Yield Farming’, where users dedicate their cryptocurrency to liquidity pools that pay out an annual percentage yield (APY) — often as high as 15 percent. 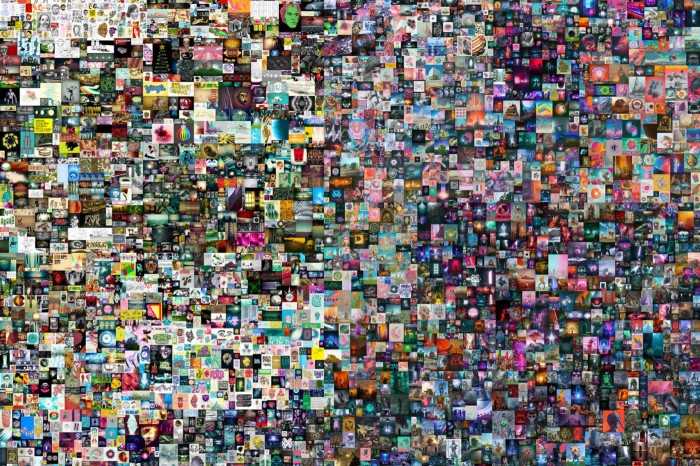 Beeple soft an NFT for $69 million:

The latest craze driven by Ethereum-based applications is non-fungible tokens (NFTs). Like cryptocurrency coins, the tokens only exist digitally on the blockchain and don’t have any physical value other than that which people attribute to them. However, unlike cryptocurrency tokens which are all identical, each NFT is unique. The digital cats collected in Cryptokitties were one of the first examples of NFTs, although the term was almost unheard of back then.

NFTs have become particularly popular in the digital art world, where they are used to attribute ownership of an art piece. Like owning an actual piece of art, some NFTs are very rare and are expected to rise in value over time. Musicians like Kings of Leon, Mike Shinoda of Linken Park, and rapper Post Malone are using NFTs to facilitate new ways of interacting with their fans

As you can see, Ethereum is far more complex than Bitcoin, which means it can offer a wider range of functionality but also faces several more challenges. Where Bitcoin gains its value from its simplicity and immutability, Ethereum developers are constantly working to update and improve the network.

Bitcoin benefits from a larger user base and a longer time frame which gives it stability and resilience, whereas Ethereum benefits from meaningful advances in innovation and technology. The two assets together make up a well-balanced and diversified cryptocurrency investment portfolio.